Uncharted waters: The autonomous ship that will transform ocean science 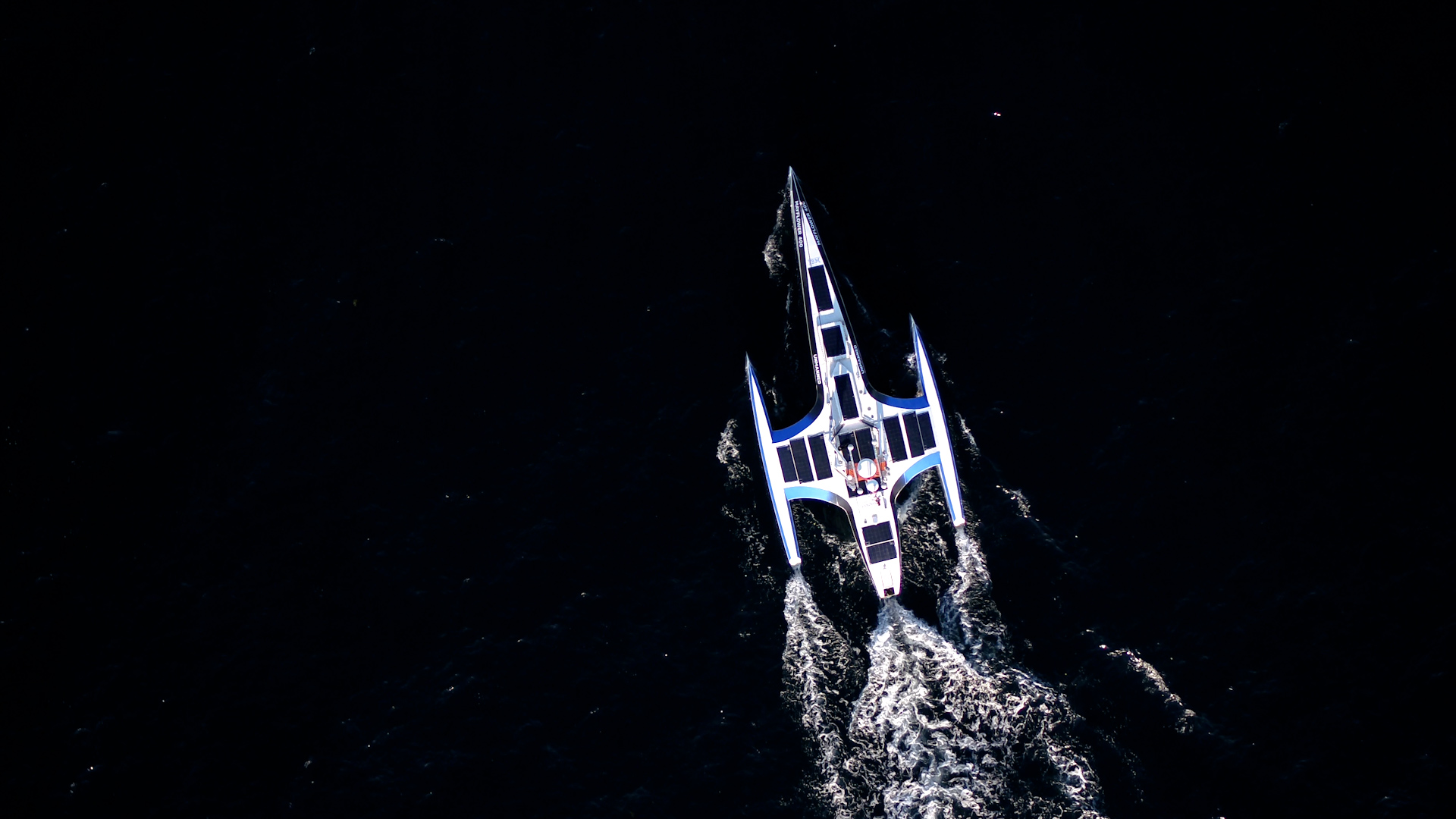 Ocean research non-profit ProMare is building a fully-autonomous, unmanned ship, that will replicate the historic journey from Plymouth UK to Plymouth US, navigated by IBM’s AI and edge computing technologies.

The ocean was Brett Phaneuf’s playground. The submarine builder, now based in Plymouth, UK, grew up in Boston on the East Coast of the United States. He spent much of his spare time as a youth swimming and diving. Later he studied marine archaeology at Texas A&M University, before switching to oceanography. 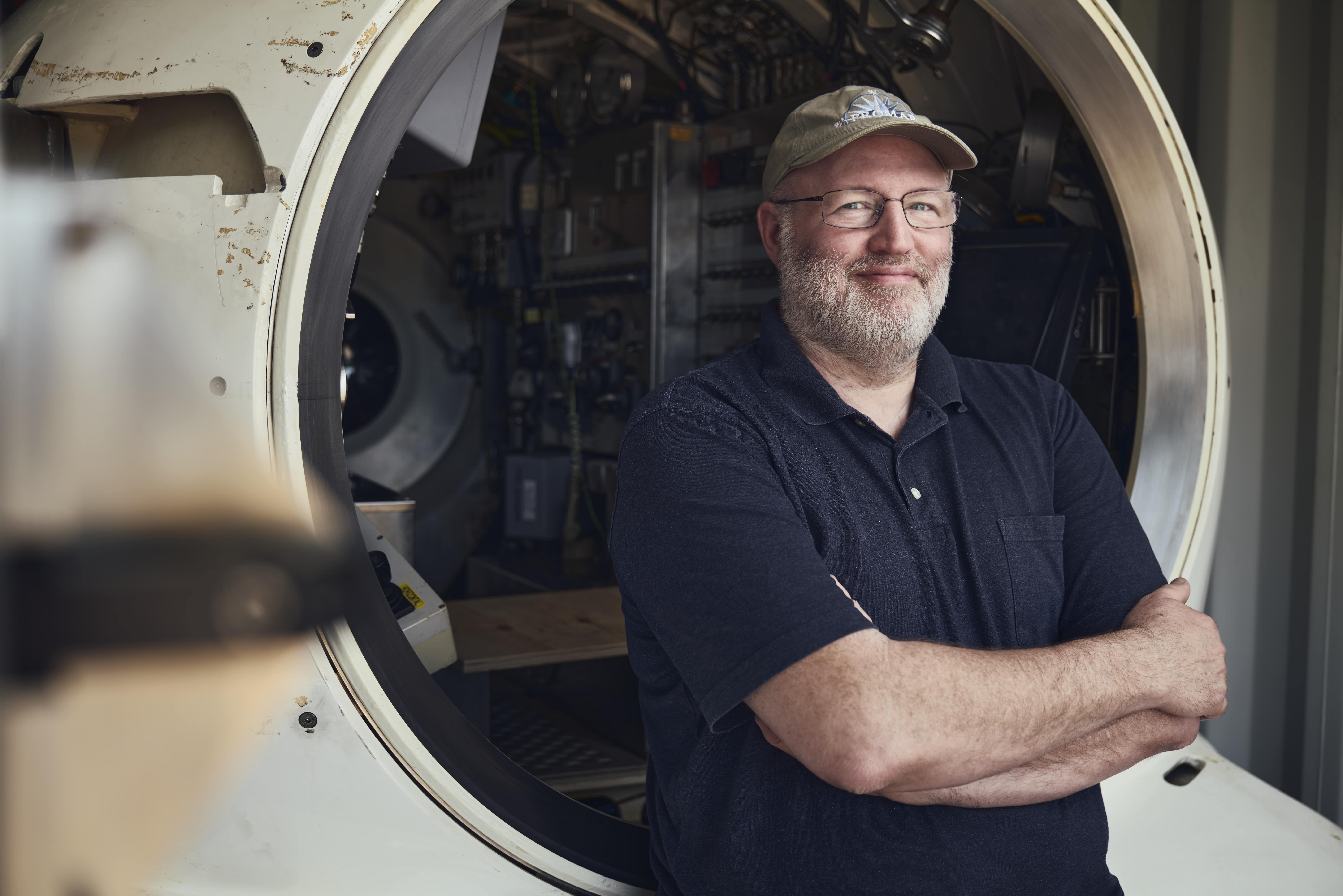 Phaneuf realised that one of the biggest challenges in any ocean research is collecting data at an adequate scale and depth, without endangering human life. That was when he became interested in robotics and autonomy in ocean exploration. With some university colleagues, he created ProMare, a small marine research non-profit.

This emerging field of technology was opening up parts of the ocean that were once inaccessible to humans − either because they were too dangerous or too hard to reach with traditional diving or ship-towed equipment.

Since then, the advent of artificial intelligence (AI) technologies such as telematics, low-cost sensors and edge computing over the past two decades has turned Phaneuf’s hobby into a major global industry. In 2016, Phaneuf had the idea of combining the mission of his NGO ProMare with the capabilities of a submarine manufacturing business he’d built. The goal would be to create a fully autonomous and crewless ship capable of traversing oceans and collecting data.

“Despite two-thirds of our planet’s surface being covered in water, so far we’ve explored less than five per cent. Autonomous technologies will help change that by providing us with safer, less expensive and more scalable options for gathering data,” says Phaneuf.

He named the vessel the Mayflower Autonomous Ship (MAS) – its official launch on 16 September 2020 was timed to coincide with the 400th anniversary of the 1620 voyage of the Mayflower that took the Pilgrims from Plymouth to the New World.

When MAS embarks on its own 3,000-mile crossing of the Atlantic, it will be powered mainly by energy from the sun and piloted by artificial intelligence from IBM, the technology partner for the project.

The ship is a 15-metre-long trimaran with a long, slender hull made of aluminium. It will be propelled by a solar-powered electric motor, with a diesel generator as backup. MAS will be capable of updating its own route to stay safe and avoid collisions on its long voyage, which it is expected to complete in just under two weeks. It will collect data throughout its journey.

“We are doing it to push the boundaries of marine research and many other ocean industries,” says Phaneuf. “The possible applications of marine AI are huge – from ocean science, through commercial shipping, to oil and gas, security and defence.”

Autonomy is a spectrum. At one end is cruise control in a car. At the other is the Mayflower Autonomous Ship, which requires no human intervention to sense, think and make decisions at sea. Humans can help guide the ship in problematic or high-risk situations; however, for most of its transatlantic voyage the ship will be on its own. 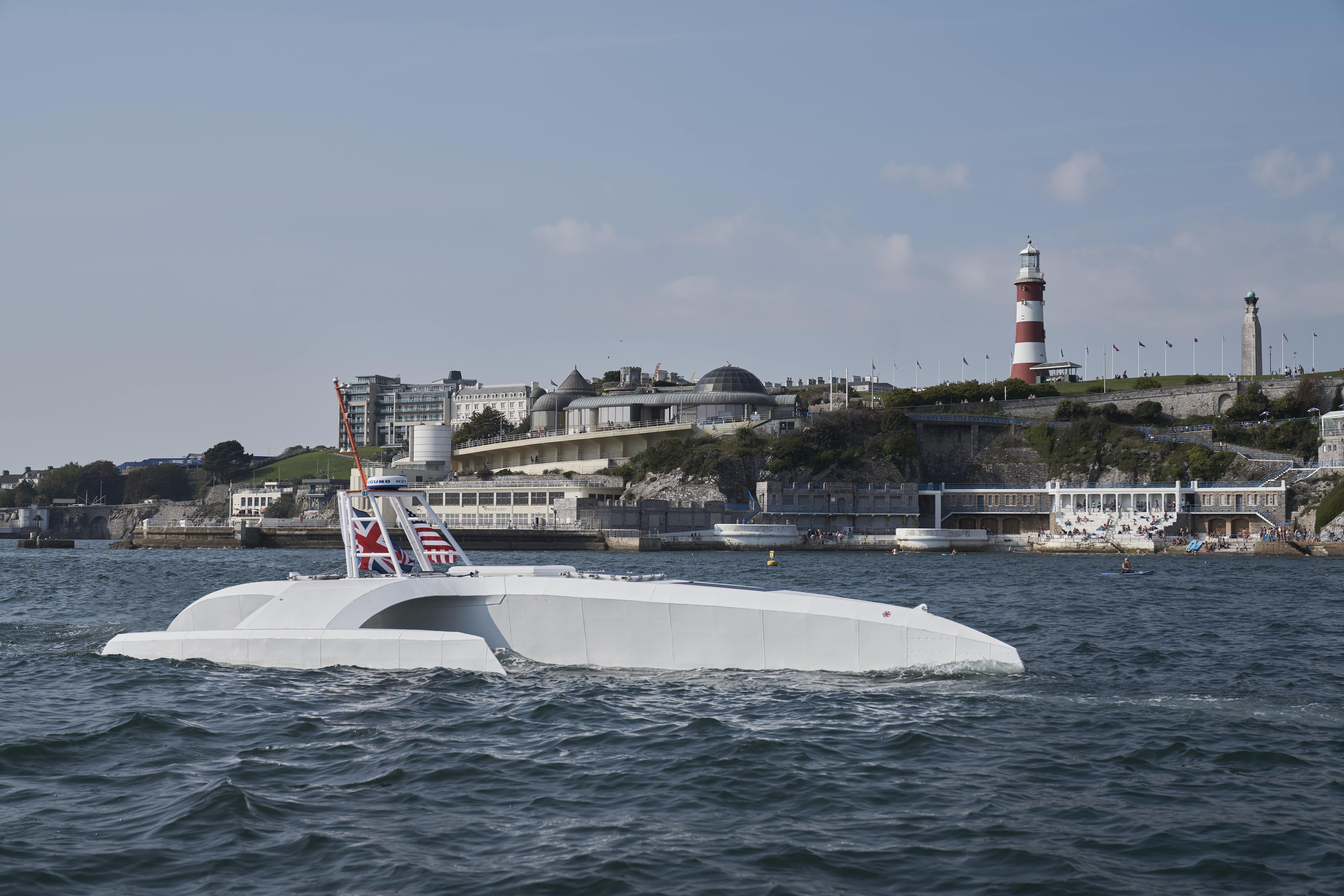 The core of the ship’s autonomous technology is a new class of marine AI developed by Phaneuf’s team and known informally as the AI Captain. The MAS will have the same data set as other ships, generated by on-board radar, sonar, GPS, Automatic Identification System (AIS) and weather station. However, the AI Captain has some notable differences. For example, it has multiple on-board digital cameras which feed into the ship’s computer vision system running on IBM Maximo Visual Inspection software, which is normally used in manufacturing and engineering to spot faults.

Over the past two years the system has been trained on millions of maritime images from open source databases, as well as those collected by Phaneuf’s team at their R&D station in the Plymouth Sound in the UK.

It can now recognise and distinguish other ships, buoys, breakwaters, pieces of land and floating debris. Correctly identifying their characteristics and knowing how certain obstacles behave, and how to steer clear of them, is vital to avoiding accidents.

The AI Captain collates data to build a hazard map for the ship. It then uses IBM’s decision automation software to assess the current situation against the Convention on the International Regulations for Preventing Collisions at Sea – the rules of the sea. This rules-based software, called Operational Decision Manager, is used throughout the financial services industry to authorize loans or to personalize customer offers.

Because MAS can’t rely on a stable network connection in the middle of the ocean, the ship’s systems run on small, powerful computing devices installed deep inside the central hull, which synch with the IBM Cloud when bandwidth allows. This ‘edge computing system’ also helps to reduce latency and increase the speed of decision making.

“The qualities that you look for in a great naval captain come from years of experience at sea – having a keen awareness of all the factors that can affect the performance and safety of your ship and crew,” says Ray Spicer, Vice President, Defense and Intelligence at IBM. “A good captain takes all those factors into consideration, weighs the risks and makes critical decisions which are often required immediately, as dictated by the situation. Replicating what makes a good captain with AI is no small feat – you can’t teach experience - but it is certainly within the realm of possibility to train these systems to be highly capable to operate autonomously.”

Despite the many difficulties such a venture poses, Phaneuf remains confident: "I want kids today to be fearless and have the determination to achieve. It’s about science and adventure. Rekindling a sense of wonder. We have to succeed.”

Find more information about the project in the IBM MediaCenter.