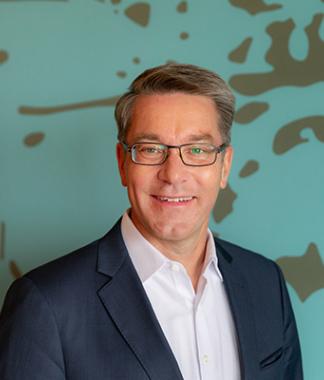 Alexander Birken, born in 1964 in Hamburg, took over the chairmanship of the Otto Group on 1 January 2017.

Previously, as Group Executive Board Member, he was responsible for the strategic development of several companies, for example the Baur Group, the Schwab Group, the Witt Group as well as Otto Group Russia. From 1 August 2012 he was also spokesperson for the Group company OTTO.

After gaining his degree in Business Administration at the Wirtschaftsakademie Hamburg, Birken began his career at Philips Medical Systems.

He was Chief Operating Officer at the Spiegel Group in Chicago, USA from 2002 to 2004. Birken has been a Member of the Otto Group Executive Board since 2005 and is largely responsible for the successful expansion of Otto Group Russia. Furthermore, he was responsible for the Human Resources, Controlling and IT divisions for OTTO, which was handed over to the OTTO Management Board in 2012.

Alexander Birken is married and the father of four children.