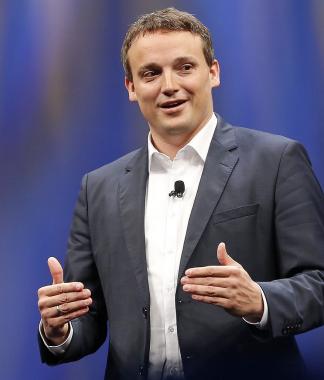 Christian Klein is Co-Chief Executive Officer, Chief Operating Officer and member of the Executive Board of SAP SE.

In his role as COO, Klein leads SAP’s transformation into an Intelligent Enterprise by focusing on business process simplification, global IT, product and services quality, portfolio and investment strategy, intelligent data and analytics, and value achievement through digital innovation adoption to the benefit of both customers and employees.

Klein started his career at SAP in 1999 as a student. He held various positions in Active Global Support Operations, Services Operations, and Global Controlling, and served as Chief Financial Officer of SAP SuccessFactors (2011-2012). In 2014, he became Chief Controlling Officer and on April 1, he Chief Operating Officer. On October 11, 2019, Christian Klein and Jennifer Morgan Co-CEOs of SAP SE.

Klein holds a diploma in International Business Administration from the University of Cooperative Education in Mannheim, Germany.