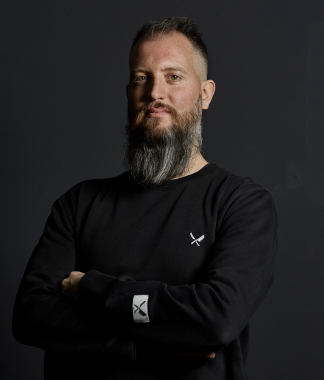 Christian (“Chris”) Lindener is the co-founder of Reflex Aerospace, the German NextSpaceTM company to design and manufacture the world's most advanced digitalized satellite technologies.

Besides this, Chris also acts as Interim Managing Director of UN:IO Enterprise, the joint venture by Mynaric, Reflex and ISAR Aerospace that is behind the realization of Europe ́s own secure satellite constellation UN:IO.

Previously, Christian served as Head of Airbus Scale, the central Airbus’ innovation unit across all divisions. In this capacity, Christian led and pushed the company’s internal and external, innovation activities.

Prior to joining Airbus in November 2019, Christian was Managing Director of Wayra Germany, Telefónica’s technology Corporate Venture Capital arm (CVC) based in Munich focused on startup scaling and pre-scale. In this role, he oversaw the strategic direction of the organization and managed the selection & investment of startups and young technology corporations to be integrated into the Telefonica investment portfolio.

Spending a significant part of his career as an independent consultant in the tech space realm, Christian has created and advised more than 20 incubator and accelerator programs in Switzerland, Austria and Germany. From 2015-2017 he served as Co- Founder and Director of TechFounders, a high-tech hardware accelerator based in Munich where he was responsible for the development of more than 50 high-tech startups. As a serial entrepreneur, Christian has co-founded several companies, one of which (a virtual reality startup) was sold to booking.com in 2014 as well as Skyroads, an open digital operations platform for the urban air mobility market.

Born in Brazil and raised in Mexico, Chris studied international business administration and economics at the Leopold-Franzens- University in Innsbruck, the University of New Orleans in the U.S., and at the University of Barcelona.
Chris lives in Munich with his wife and two children and in his free time enjoys surfing the European swells.