Member of the German Bundestag Federal Minister of Finance 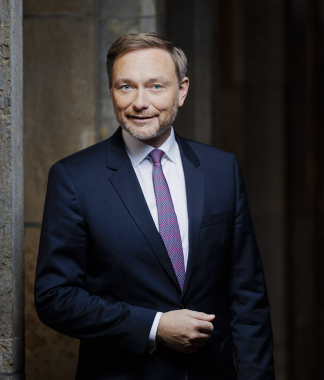 Christian Lindner is the German Federal Minister of Finance.

1997–2004:
Owner of an advertising agency and co-founder of an internet company

1999–2006:
Studied political science, public law and philosophy at the University of Bonn
Trained as a reserve officer; currently holds the rank of major in the German Air Force Reserve

2012–2017:
Leader of the FDP parliamentary group in the North Rhine-Westphalia State Parliament

2017–2021:
Leader of the FDP parliamentary group in the Bundestag