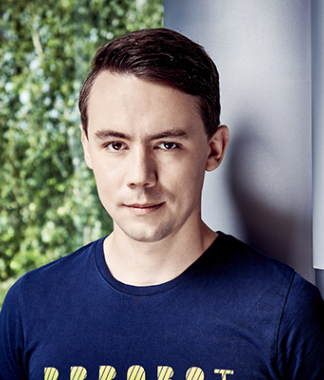 Christian Piechnick is Co-Founder and CEO of Wandelbots. Wandelbots is one of the leading and fastest growing Startups for robotic teaching software.

After receiving his Diploma in Media Computer Science Christian Piechnick started his PhD on “Role-Based Self-Adaptive Software Architectures” at the TU Dresden. During his time as a researcher, Christian worked in and managed several national and international research projects focusing on runtime reconfiguration of software. In 2017 Christian founded Wandelbots together with five co-founders and joined the company as the CEO. Wandelbots is the leading start-up for no-code robotics and has grown within three years to 120+ employees. In addition, Christian is the chairman of the advisory board for the industrial excellence cluster Smart Systems Hub as. In 2020 he was awarded as the “Newcomer of the Year” by the German Startup Association.