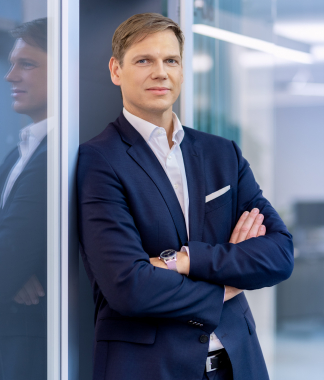 Christian Wrage was appointed to the Executive Board of Sopra Steria SE as Spokesman in September 2021. He is responsible for the Public Sector and Insurance business segments, the software business and the Austrian market. He is also responsible for the central functions HR, Finance, Legal & Compliance, IT and the project-related quality function. He has been CFO at Sopra Steria since January 2015 and is responsible for Finance, Controlling and IT. In January 2021, he additionally assumed the newly created role of Chief Operating Officer. Before joining Sopra Steria, the economics graduate worked as a consultant - among others at BearingPoint, PricewaterhouseCoopers and later at Horváth & Partners Management Consultants.