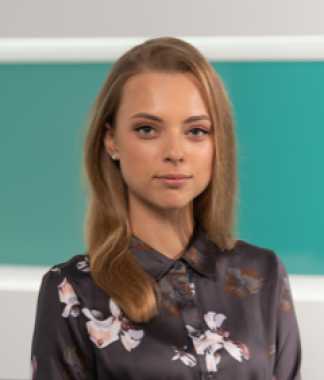 Daria has been involved in the new space industry for past 7 years. While being focused on small satellite sector, she has been leading teams for total 11 small satellite missions including Earth Observation, IoT and Scientific and Technology demonstration missions. With experience in designing, manufacturing, assembling and testing the satellite systems, launching them and operating afterwards she was able to support different applications and different teams. Daria’s current role as a CTO gives her unique expertise on how small satellite projects are conducted, how fast innovations in aerospace can be implemented, and how agile and fast can this sector be.

Daria holds a master degree from the “Space system management” department at Skolkovo University and degree in Electrical Engineering from BMSTU.  She is also a Ph.D. graduate in Theoretical Mechanics at MIPT. She is an active member of Space Generation Advisory Council: for 2 years she was a leader of Small Satellite Project Group with more than 300 active members, where currently she occupies the advisory position. She is also an active member of Entrepreneurship and Investment Committee of International Astronautical Federation.