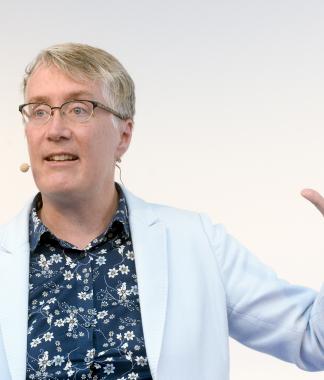 Joanna Bryson is an Associate Professor (Reader) at the University of Bath.

Bryson’s first and third degrees were in Psychology (Chicago, Edinburgh), while her second and fourth were in Artificial Intelligence (Edinburgh, MIT), so she approaches AI from the perspective and for the purpose of understanding human behaviour. Before her postgraduate education she did programming and system administration in Chicago's financial industry, and between graduate degrees she consulted for companies on AI, notably LEGO. Bryson has worked off and on AI ethics since 1996; first work in policy was as coauthoring the UK research councils’ Principles of Robotics in 2010. Policy work and supporting systems AI research now takes up increasing amounts of her time. In the past few years she’s consulted to the Swiss National Science Foundation and the Canadian Institute for Advanced Research on the impact of AI on society, the Red Cross on autonomous weapons, Chatham House on the impact of AI on the nuclear threat, the OSCE and WEF on AI and cybersecurity, and the UN on social media, the militarisation of AI, and its governance. She has also spoken on AI to the Council of Europe, the British Parliament, Government, and Financial Conduct Authority, the Canadian Government, the European Parliament and Commission, the OECD, and the US Federal Reserve.  She further engages directly with corporations on AI policy, most infamously with Google, but also Facebook, , Microsoft, and others.