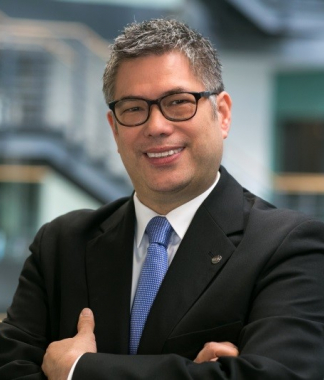 Dr.  Kim  Nguyen  studied  mathematics  and  physics  at  the  universities of Göttingen
(Germany) and Cambridge (UK) and received a Ph.D. in mathematics for his work on the
relation between classical number theory and cryptographic security of elliptic curves.
After two years working as a cryptographer with Phillips Semiconductors he joined the
German Federal Print (Bundesdruckerei GmbH) in 2003. At that time he was responsible
for the topics of cryptographic and chip security as well as infrastructure aspects in the
ePassport and eID projects in Germany.

Since 2012   he   is   now   responsible   for   all   technical   security   topics   within   the
Bundesdruckerei GmbH  as  Chief  Scientist  of  Security.  He  additionally  took  over  the
position of Managing Director of D-TRUST, the trust centre of Bundesdruckerei GmbH, in
June 2012.