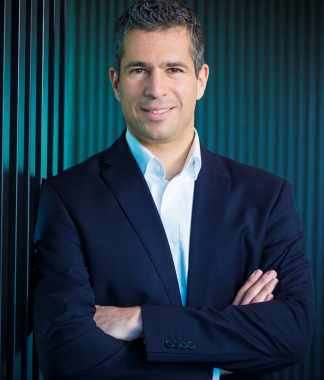 Dr. Martin Heinig is the Head of New Ventures & Technologies at SAP and Managing Director of SAP Labs Berlin.

As Head of New Ventures & Technologies, a global unit within SAP's Technology & Innovation Board area, Martin and his team drive SAP's organic growth by exploring next-generation software, pioneering impactful technologies and new market opportunities, and driving industry-specific innovation. All with the goal of future-proofing SAP and helping SAP customers become an Intelligent Enterprise.

In his role as Managing Director, Martin positions SAP as an innovation driver and thought leader in the strategically important region of greater Berlin by fostering closer collaboration with universities, public institutions, media, startups and other innovation centers. Developing and sourcing talent from the region is also part of the charter.

Prior to joining SAP in 2014, Martin worked as a software engineer and was a research assistant at the Technical University of Hamburg. Martin received his Ph.D. in Engineering Sciences with a focus on assembly planning with virtual and augmented reality.