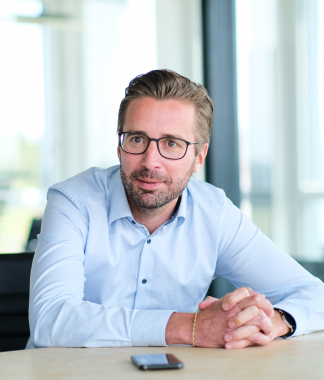 Florian Seibel is visionary, initiator and CEO of Quantum-Systems.

Florian was an officer in the German Armed Forces from 1999 to 2016 and graduated as an aerospace engineer at the University of the German Armed Forces Munich (UniBwM). After his employment as a helicopter pilot in Germany and abroad, he joined the Faculty of Aerospace Engineering at the UniBwM as a research assistant in 2010 working on his PhD. His main fields of activity included the development and operation of different carrier platforms based on multi-copters and fixed-wing UAVs. He never finished his PhD but decided to found Quantum-Systems instead. Florian is a passionate glider pilot, flight instructor, paraglider, and helicopter pilot. In his spare time, he developed performance-optimized RC competition gliders, which have achieved many international successes in recent years. Florian is the driving force behind his company loving to challenge his engineers daily. His vision is to form the Word Leader in AI powered drone-robotics by 2030.