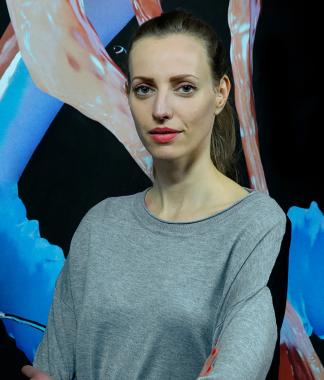 In their work, Banz & Bowinkel focus on the computer as an every day device and its influence on human culture.  The focus here is on the perception of the world, which people understand as reality and is now simulated via the computer.

With their work, Banz & Bowinkel question the concept of simulated reality and thereby human perception of the world in virtual space.

The multiple award-winning works of Giulia Bowinkel and Friedemann Banz have been exhibited at the Museum Abteiberg in Mönchengladbach, the House of Electronic Arts in Basel as well as the Zeppelin Museum in Friedrichshafen.