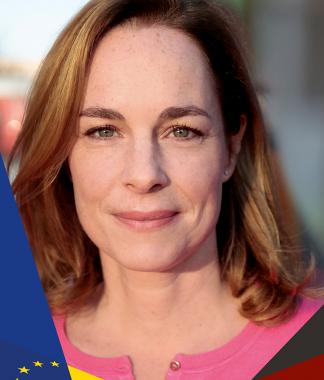 Hildegard Bentele (42, married, two children) is the Lead Candidate of CDU Berlin for the 2019 European election.
After completing her studies of Political Science (Diploma Thesis on Development of the European Security and Defence Policy) in Paris, Brussels, Berlin and Karlsruhe.

She joined the German Federal Foreign Office with stations as a diplomat at the German Embassy in Zagreb and Teheran. Delegated to the CDU/CSU parliamentary group at German Bundestag as a Foreign Policy Advisor from 2010 to 2013. Elected member in the Berlin House of Representatives and Spokeswoman for school and European policy in 2011, Spokeswoman for education policy since 2016. Elected vice chairwoman of the political group in 2018.