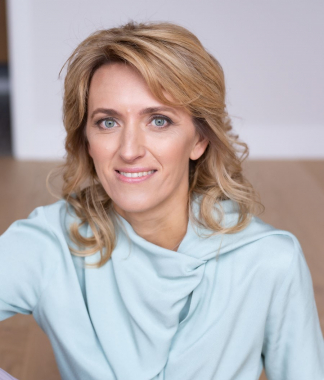 Ms Ieva Ilves is a diplomat, an expert on foreign and security policy, digital politics, and cyber security with over 20 years of experience in national and international institutions in Latvia, NATO, and the EU.

She has worked as an Adviser to the State Secretary of the Ministry of Defence of Latvia and the Head of the National Cyber Security Policy Coordination Division, as well as has led the establishment of the NATO Centre of Excellence for Strategic Communication in Riga. Ms Ilves has worked for Latvia’s joining NATO, in organisation of the 2006 NATO Summit in Riga, as well as representing Latvia in NATO in Brussels and being a Political Advisor to the European Union Special Representative for the South Caucasus, Azerbaijan. Together with the US Ambassador to NATO Mr Kurt Volker, she has compiled and edited a book “Nordic–Baltic–American Cooperation: Shaping the US – European Agenda”. She holds a Master’s degree in Political Science from the University of Latvia and a Master’s degree in International Politics from John Hopkins University, Washington. MS Ieva Ilves has received the state award, the Cross of Recognition for her distinguished service in organising the NATO Summit.

Ms Ieva Ilves is the spouse of former President of Estonia Tomas Hendrik Ilves, and as the First Lady of Estonia, she has been involved in several public activities.