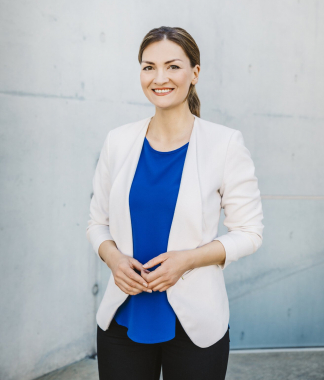 She has headed the ministry since its foundation in November 2018. As the first digital minister in Germany, Gerlach controls and oversees the expansion of digital services for citizens and businesses. The minister also represents Bavaria vis-à-vis the federal government, for example, through the IT planning council. Under her leadership, Bavaria's State Ministry of Digital Affairs has invested more than 70 million euros in the digitization of public services. Gerlach champions a technologically-open digital policy, which secures the interests of every citizen at its core. As the youngest member of the cabinet at only 36, the Minister of State fights for the interests of the younger generation. In 2021, she was included in the "Top 40 under 40" by Germany’s leading business magazine Capital