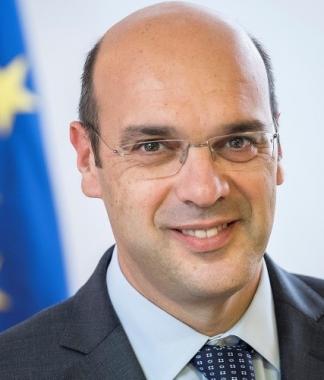 He has read Law in the Law School of the University of Lisbon (1987).

As a lawyer, he was a partner at Morais Leitão, J. Galvão Teles e Associados, Sociedade de Advogados and a partner at Linklaters LLP between 2002 and October 2017, and as served as the Managing Partner of the firm’s Lisbon office between 2006 and 2016.

Pedro Siza Vieira has been a member of several working groups for the elaboration of legislative proposals, including the Law of Urban Planning and Building, the Civil Liability of the State and Other Public Bodies and the Portuguese Arbitration Law.

He was a member of the High Counsel of the Administrative and Fiscal Courts and member of the Executive Committee of the Task Force for the Capitalization of Companies.