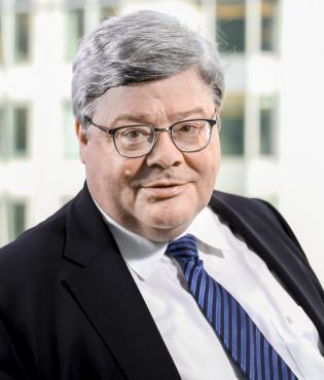 He sits on the Committee of Industry, Research and Energy (ITRE) as full member and on the Committee on Foreign Affairs (AFET) as a substitute member. He is the Vice-Chair of the European Parliament’s Delegation for Relations with the People’s Republic of China as well as a member of the Delegation to the United States and a substitute member of the ASEAN Delegation.
Before getting elected to the European Parliament in 2009, Mr. Bütikofer was the co-chair of the German Green Party BÜNDNIS 90/DIE GRÜNEN (from 2002 until 2008). He was the party’s Secretary General from 1998 until 2002. Prior to that he served as the Chair of the Greens in the Federal State of Baden-Württemberg. From 1988 until 1996 he served as a Member of the Baden-Württemberg State Parliament. His engagement with the German Greens began when he was elected as a member of the city council in Heidelberg in 1984.
Besides his positions in the party and parliament Mr. Bütikofer is a member of the Europe/Transatlantic Advisory Board and the General Assembly of the Heinrich Böll Foundation, the NABU Club, the German-Israeli Society and the German-Chinese Dialogue Forum, as well as the DGAP and the IISS.