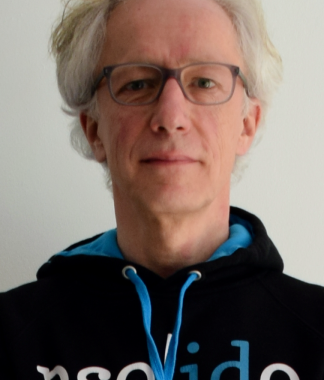 Steffen Holly became an electronic technician before he studied music. After his music career he worked in a record company, later as an independent supervisor for music & synch rights. In 2000 he became Director of Audio Products & Technology Licensing at MAGIX AG. After 2009 he worked as CTO for AUPEO! Personal Radio being responsible for product development and content licensing. From 2013 to 2019 he lead the business unit Media Management & Delivery at Fraunhofer IDMT. In 2019 Sholly founded Psoido GmbH together with some colleagues as a Fraunhofer spin off and became the managing director, operating in the field of Privacy Enhancing Technologies. At Popakademie Mannheim he is doing guest lectures in the field of „Music metadata, blockchain and new business models“ since 2011.